The Tanzeem Group’s Robert Becker recently “had the great honor of being a guest… in Tripoli at the Libyan National Forces Alliance one-year anniversary conference.”

… NFA competed in the Libyan General National Congress election, 2012. It fielded 70 candidates across Libya. Bucking the Islamist trend set by the Muslim Brotherhood’s victories in Egyptian and Tunisian elections, the NFA beat out the Justice and Construction Party (Muslim Brotherhood’s political arm in Libya) to take first place. NFA received 39 of the 80 party-list seats…

And what are some of the driving factors behind the NFA’s success?

@koertdebeuf: “We are the party of and for women and young people“: Mahmud Gebril on the anniversary of his NFA. And it works (not only) in Libya!

@Eljarh: #Jibril: NFA counts on #Libya’s youth to carry on driving & protecting their revolution from being hijacked by any one group.

Read the rest Becker’s full report from his visit to Libya here. 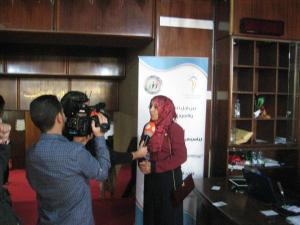 The NFA prides itself in promoting female leaders within its political coalition. 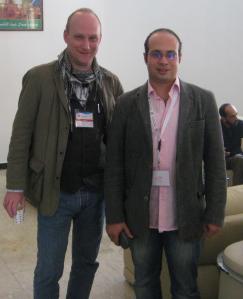